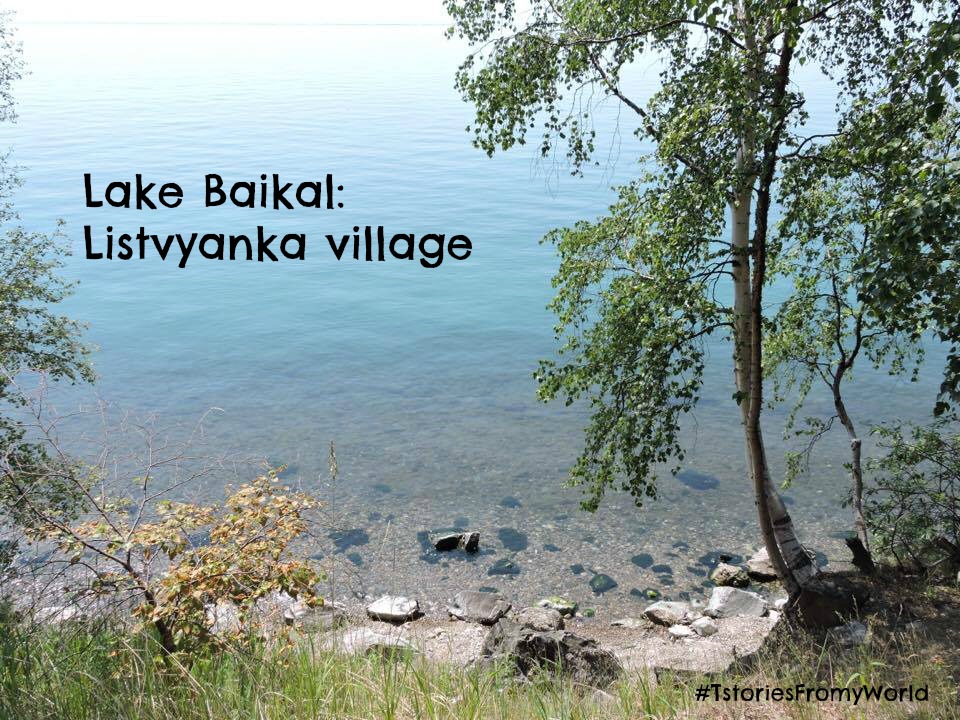 Irkutsk was behind us when Ivan, our incredible ash-blond driver, told us a few things about Lake Baikal and the local family who would host us in their home for the next few days.

Although I began my journey solo, I met not a few backpackers during my Trans-Siberian trip – mostly Dutch and Americans – who were also following the same route like I did, hence we fell intoe each other on the way. Tiffany from Hong Kong was one of them and we kept each other company until we reached Mongolia. So, “We” on this post stands for me and Tiffany.

On our way to Listvyanka – the very first village to encounter after Irkutsk -, Ivan let us know a few things about the lake. Lake Baikal is the world’s deepest lake with a maximum depth of 1.620 meters and also, the oldest – 25.000.000 years old. “Siberia’s blue eye” as called by the locals, holds the largest amount of fresh water and it is home to 2500 different species of animals, plants, fish and microorganisms, most of them found exclusively at Lake Baikal. The Baikal seal is not only a symbol of the lake but the only freshwater species of seal in the world.

An hour later, we had left the noise of Irkutsk behind and finally the lake emerged on our right hand while on our left a few of the colorful, wooden houses of the villages started showing. The weather was amazing and the sun setting down on the lake painted an even more beautiful picture of the lake.

At that moment I thought to myself: “You’re in the middle of Siberia, riding a car with 2 strangers and you’re happy – you go girl!”. I felt so proud of myself on that little moment as I had finally made my Trans-Siberian dream come true.

Ivan left us outside a small, wooden house where he told us Mrs. X – can’t remember the name – would offer us a place to sleep with just a small amount of money. Her home was beautiful! The typical Siberian wooden and colorful house that instantly felt so cozy and safe. A large garden full of flowers and all kinds of greens instantly draw my attention while the lady’s 2 grandchildren were riding their bicycles next to the woodshed (winter is coming!).

After introducing ourselves, we took of our shoes (a necessary requirement to enter the house) and headed to the kitchen. After 4 days on the Trans-Siberian I was in desperate need of a freshly cooked meal, a 2-hour long hot bath and of course, an Internet connection. While I enjoyed the first two, I had to look for Internet connection in one of the village’s cafes.

With our stomachs full, we were ready to explore the village. Along with Yelena from Irkutsk we walked towards the shore until we reached the Museum and Park of Lake Baikal. I was not expecting to see that much green around the village and lake, as every pictre of Siberia and the lake I’ve seen, were mostly snowy: who would imagine how much greener things get during spring and summer time. I’ve never seen more green in my life!

Our next day began much higher from the lake’s surface, as Sasha and us climbed at the top of the mountain behind Listvyanka. Sasha, “the scout” as he used to call himself, was a retired PΕ teacher who helped us climb the mountain in order to admire the stunning view of the lake from up top.

Next, it was time for a picnic by the lake: sausages with side rice and sweet bread with a kind of cream that tasted strange to me and I couldn’t quite decide its exact taste.

It was a wonderful day with just a few essentials and a feeling of internal peace that kept me smiling all day long. The lake was looking even more beautiful under the sunlight – a crazy thought came to my mind.

“I think it’s about time I take a dip” I told Sasha who clearly misunderstood my statement for a joke and started laughing. “We usually swim into the lake during 10 to 20 of August when the water’s temperature is about 15 degrees” he said.

“I can’t wait that long, I’ll swim right now” I replied, only to see him petrified stating that the water was freezing at that time – only 6 degrees!

So I decided I would swim during my afternoon stroll when I would be alone. After all, I was at the other side of the world, in Siberia at the deepest lake of the world, I could not miss that opportunity! I had a 50/50 chance to either earn 25 more years and extend my lifespan or have a heart attack and die instantly when I entered the water, or so the myth said. And since a big dream of mine – to travel with the Trans-Siberian – had just been fulfilled, it was a win-win situation!

And of course, I took a dip in the water. For a few moments. I was absolutely positive that my brain was freezing, hands and feet not responding and that I would catch a flu the very moment I exited the water. Nothing of those happened. Instead, I felt rejuvenated and refreshed – so blissfully fresh. I wasn’t cold AT ALL. I pinched myself to check if I was still alive and okay and got dressed. One more dream off my bucket list – pure happiness!

After my swim, I sat at the only coffee house in the whole village that had an actual Internet connection to have some coffee and crepes and, of course, took the chance to communicate with my family and share my latest news. They couldn’t believe what I had experienced so far! Happy and full, I headed towards the food market to taste a few of the local specialties and products, buy some souvenirs and take some pictures.

My first stop was to taste the characteristic salt fish of lake Baikal – omul. Although quite salty, it was delicious. It’s taste reminded me that of salmon.

I can say that I explored the entire village during my 4 days of stay at Listvyanka, as it is small even though extended towards the lake. On my way back from the beach, I enjoyed stopping by the small alleys, admiring the typical wooden windows and the locals taking care of their gardens.

Time seemed to have frozen on this part of the world. Be it my everyday life back in Athens that is always so busy or the fact that the sun set late, I had the illusion that the day had more than 24 hours.

In the evening, I used to sit by the lake admiring the view lost in my thoughts. After 9 days on the road, I have to confess that this was the moment when I actually felt alone. I was contemplating about whether I should return back home to support my family through the hard time we all were having after the loss of my grandfather. And then I realised that he would have wanted me to keep going, to continue my trip.

And so I did. Next stop? The Trans-Mongolian to cross Mongolia and finally reach Ulan Bator 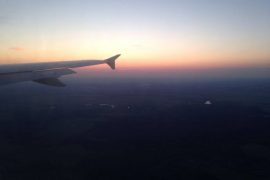 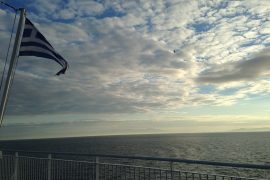 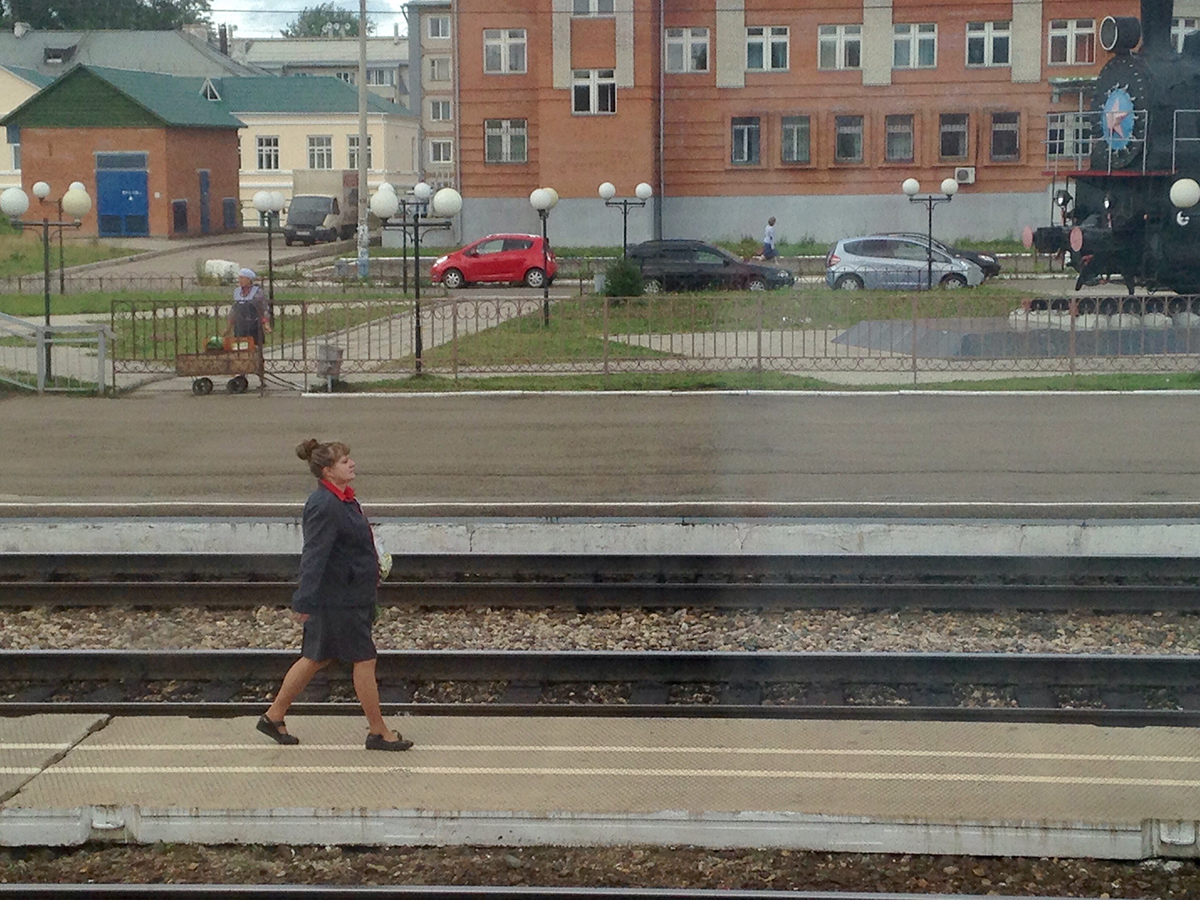