I did it – or at least I tried! And, while I am from Kalamata – a city known for its olive oil of excellent quality – it was in Crete, Heraklion where I first experienced the traditional olive pricking process.

As you should know by now, I am the kind of traveller who loves to wander off the beaten track, looking for unique corners, chatting with the locals, making a plan of my own without strictly following a map or a must-see guide.

That’s kind of my thing and I can’t resist invitations that include new experiences, exciting new places and interesting people  – I’ll be packing in the blink of an eye. 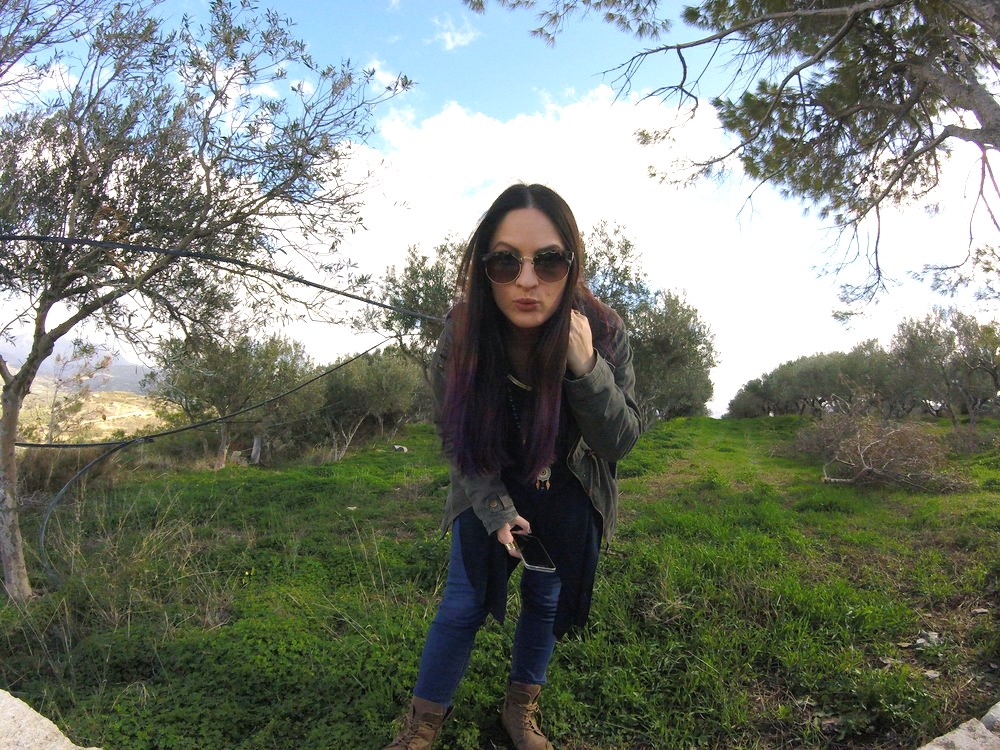 This time, the invitation came from Korres (a Greek skincare brand with roots in the first Homeopathic Pharmacy of Athens) to celebrate the launch of the new Pure Greek Olive line with the supreme variety of virgin olive oil. I was to attend the olive picking, learn more about the olive harvest from the oil producers themselves, as well as taste, feel and experience the process in such a magical place like Crete.

I was already packing for Heraklion as my best friends were left wondering how I decided to join the olive picking since I had never been in one even at my hometown in Kalamata while others pointed out that what constantly motivates me is to feel challenged – good point I guess.

That was the case with this trip. It was the perfect opportunity for me to discover whether the actual ingredients used to make a product matched the ones on the product’s label – we’ve all wondered the same thing from time to time. I was about to find out.

There was in Heraklion on a Tuesday evening along with a team of beauty bloggers and editors, enjoying the most delicious welcome meal we could possibly ask for – that was just the beginning of the most tasteful trip as it turned out to be. “They need us to be strong and full of energy for the olive picking tomorrow” I thought to myself. Haha!

We had a great meal at Peskesi restaurant where we were greeted with the most AMAZING raki cocktails I’ve ever had, tangerine jam, tangerines, honey and lemon and the list goes on: tradtional Cretan ntakos, marathopita, sausages and Cretan graviera cheese. More traditional Cretan delicacies included syglino – smoked and salted pork bites – goat meat in the oven, kreokakavos and egg noodles. The night ended with millefeuille from mizithra cheese, homemade apple pie and caramel cream. The highlight of the night was, of course, the pure greek olive oil – the locals were particularly proud of its excellent quality. 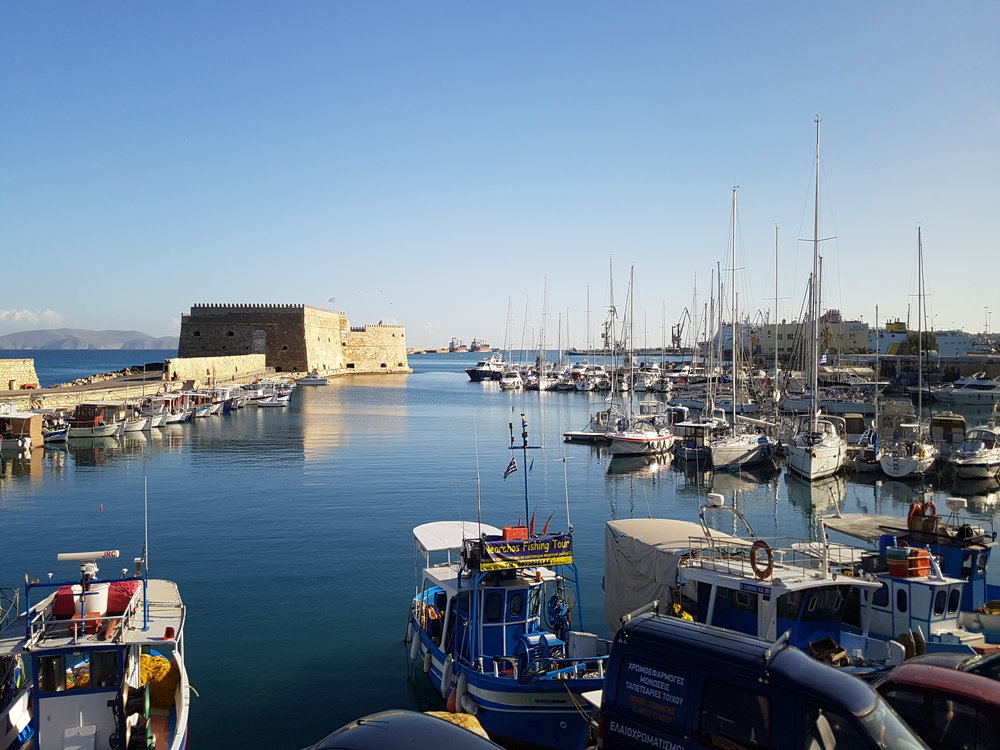 Τhe morning after I was ready to kick start my day, excited for the new adventures ahead. Marinela Mamalaki would be my guide for the day. Destination? The Messara area.

Messara lies right in the heart of Crete in a 300.000 square foot area in Heraklion. Minoan olive mills have been discovered in Messara – a significant proof of the importance the olive tree and virgin olive oil played through the centuries in Crete.  A Messinian type of grown olive fruit, the ‘Koroneiki’ variety primarily grows here – it was my turn to feel proud for my roots.The vast Messara Plain with its abundance of olives and its renowned virgin olive oil is where Korres turned to in order to create its new olive oil-based line of products in collaboration with the Organic Farmers Association of Messara.

After a short ride, we had the opportunity to wander among the vast plain, chat with the local olive producers, learned about the history of Messara and the importance of olive oil exports for both Crete and Greece in general.

Before learning more about the oil harvest first hand, we first admired the mesmerizing view of the Messara plain from above: Psiloreitis Mountains to the north Asterousia Mountains at the south and the endless blue of the Libyan Sea in the west.

I came for the olive – the harvesting

We finally joined a member of the Messara Farmers Association and George Stavropoulos, the KORRES Research & Development Specialist to witness the olive picking. The producers and workers at the olive grove were equipped with a long stick called ‘ntebles’ in Greek to harvest the trees.

By the time we were in Crete to join the olive picking, most of the olive groves were harvested and these were the last of this year’s production.

We were then offered a small rake-like equipment to try the harvesting ourselves – not with much success I shall say since we mostly played, took Instagram shots and laughed a lot but the effort counts, right?

It is not all fun and games though; olive picking is actually a difficult task. It requires days or months to be completed while the oil producers treat the trees with respect and love, much like they were their own kids – or better, their daughters.

I thought it was kind of odd at first, listening to the producers refer to the trees like human beings calling them their “girls”, saying they needed constant care all-year long so they could produce the best fruit possible.

I automatically thought of my grandpa and uncle who used to do the same thing and how much the abundance of absence of a great production would affect them economically and even emotionally.

Thinking of this, I could relate with the oil producers in Messara and respect the entire process of the olive picking while understanding the reasons behind Korres’ decision to collaborate with these people.

An extract from the leaves of the olive tree is also used in the new line. It is being produced in an Extraction Unit at Zounaki in Chania in collaboration with Ms. A. Papadantonaki, a pioneer in Organic Farming.

Before heading to the olive press, we made a short stop at the house of Kostis Mamalakis’ mother – Kostis is the President of the Organic Farmers Assocation – a traditional old tower where we enjoyed a cup of coffee with sweet Cretan delicacies.

Full and happy from our short break, we then wandered around the archaelogical site in the area.

What we saw, only confirmed the significant historic importance of olive oil during the centuries; huge olive jars among the ruins prove the important role olive played for Crete from the ancient times.

At the Olive Press

The smell of olives and olive oil combined with the sound of the machinery working welcomed us at the olive press.

So this is where the magic happens! I’ve heard so many things about this place – my mother always mentioned it every year around January – but I’ve never been to an actual olive press before.

Everything was working in perfect sync; workers, machinery and producers waiting patiently in line for their turn to have extra virgin olive oil. The stream of the bright green olive oil trickling out from the production line was so highly aromatic, as it was inviting – I needed a taste!

The plethora of people working so hard to reach the final result, to taste the fruit of their labor, the green gold, was so inspiring.

The day turned into night and I was still hypnotized from the vivid images and amazing aromas ofthe green “gold”.

At ELGO DIMITRA, the agriculturist and researcher, mr. Emanouil Kampourakis welcomed us at the lab to watch the confirmation and certification process of the biological virgin olive oil and after taking a few supplies, it was time to head back to Athens.

Back home, the sweet memories from this incredible trip put a smile on my face. Now, every time I will use a product from the Pure Greek Olive line, I will reminisce about my trip in Crete and the insight I gained on the production process.

The hands needed, the hard work, the attention to detail and the unconditional love for olive and olive oil. The people I met in Heraklion, the smiles we shared, the stories, the laughs. The professionalism the olive producers and the organic farmers show and the trust an international company shows to its country and its people.

A single bottle may be too small to include all of the above but having experienced its production, my new Olive Blossom scent has a whole new meaning; it will remind me of this amazing trip to Messara every time I use it.

Inspired by the Cretan women beauty rituals, the new Pure Greek Olive line by Korres is dedicated to the sacred symbol-tree of Greece making the best of the high quality  worldwide known virgin olive oil variety.

You can learn more here: www.korres.com

P.S: A huge thank you to Korres for inviting me to be a part of this trip so that I could personally witness the intricate process and experience the production of its new line. 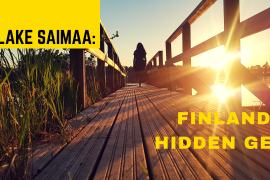 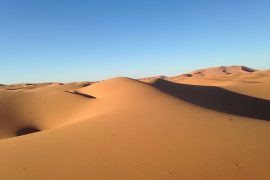