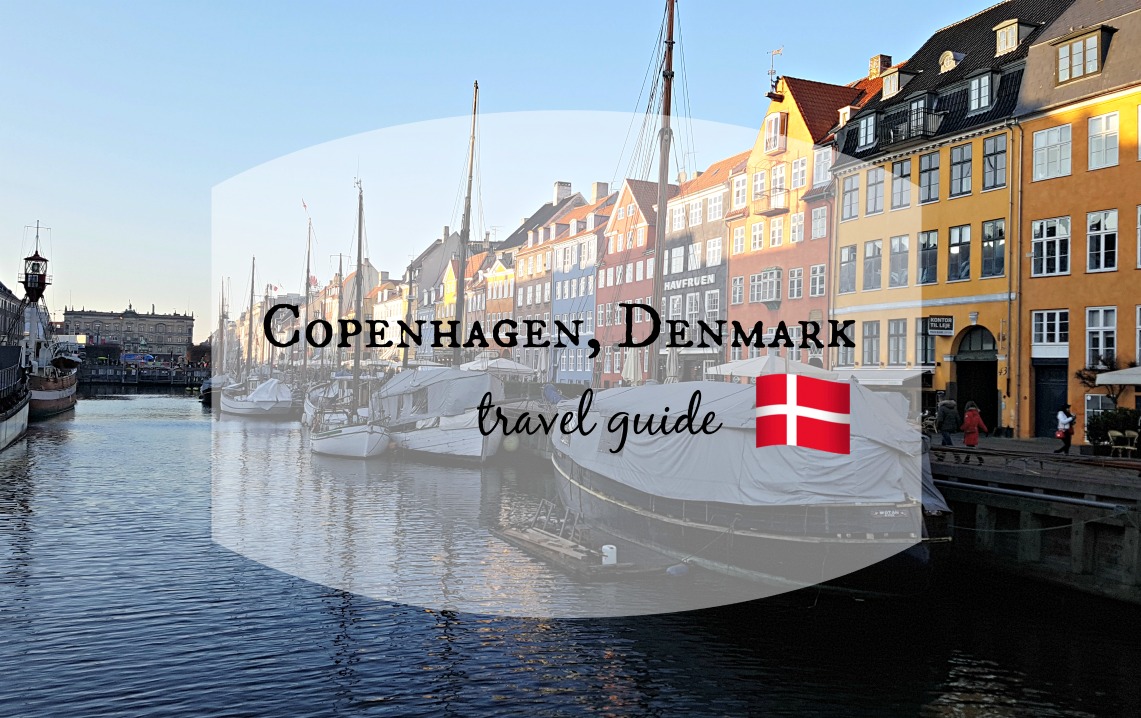 There are two types of cities for me: those I have on my bucket list and… the cities I never thought I would like until I visited them. Copenhagen is one of them: a city I wasn’t very keen on visiting since I believed it had nothing to offer.

That was until a friend of mine who finally managed to make a reservation at Noma, the famous restaurant which has been awarded as the best restaurant in the world for 4 years in a row, invited me to join him in Copenhagen. I met him in the summer as we travelled together in the Trans-Siberian and he is a chef. 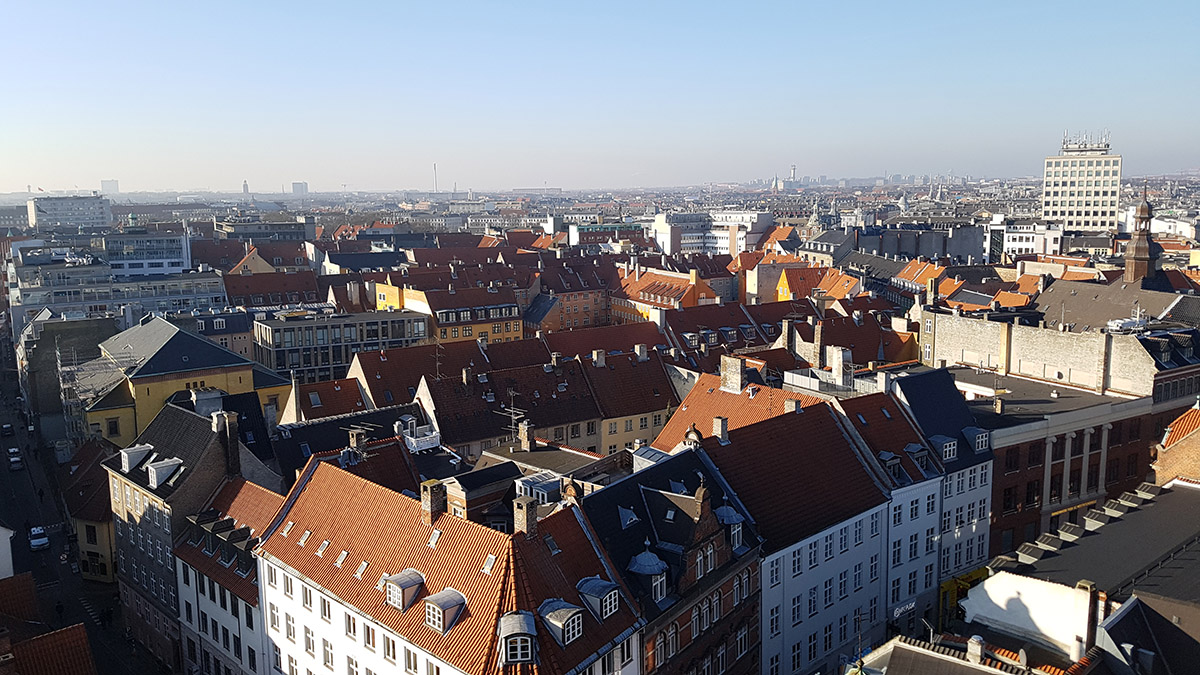 And just like that, I booked my ticket to Denmark and in a few weeks, me and my favorite Boricuas were re-united in Copenhagen. 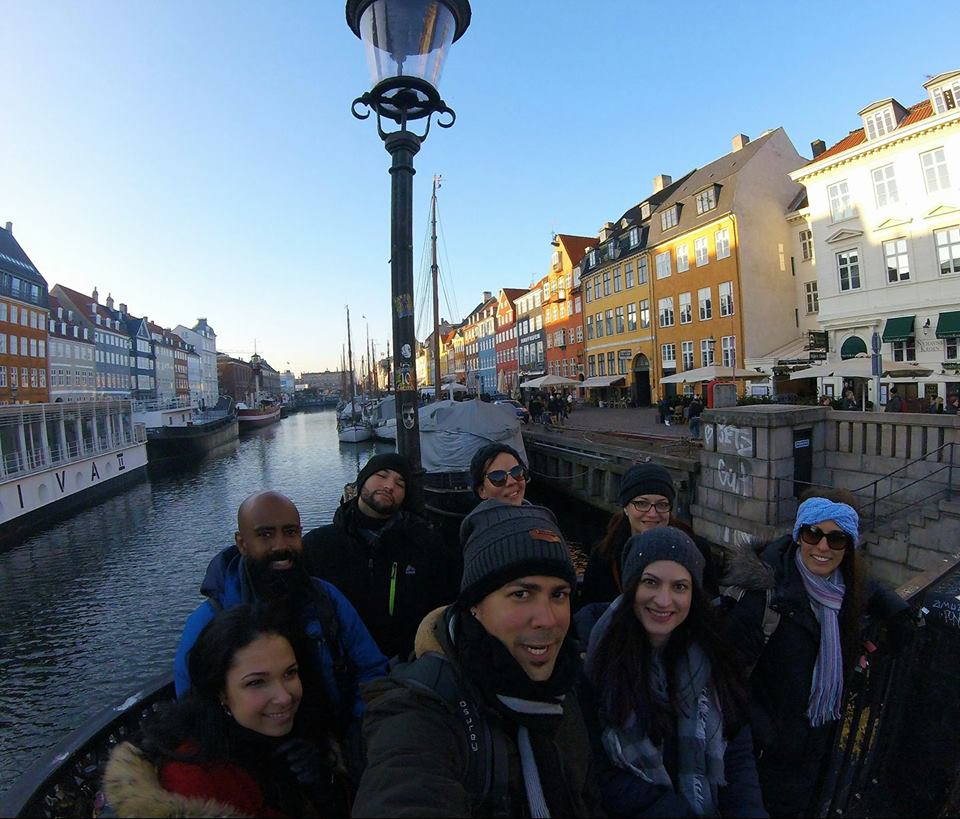 We only had but a few days to explore the cold capital of Denmark. We decided to rent bikes to move around the city. The cost per day was 100 DKK (13,5 euros).

On our first day we strolled around the Town Hall square at the beginning of one of the busiest streets in Copenhagen: Strøget street. 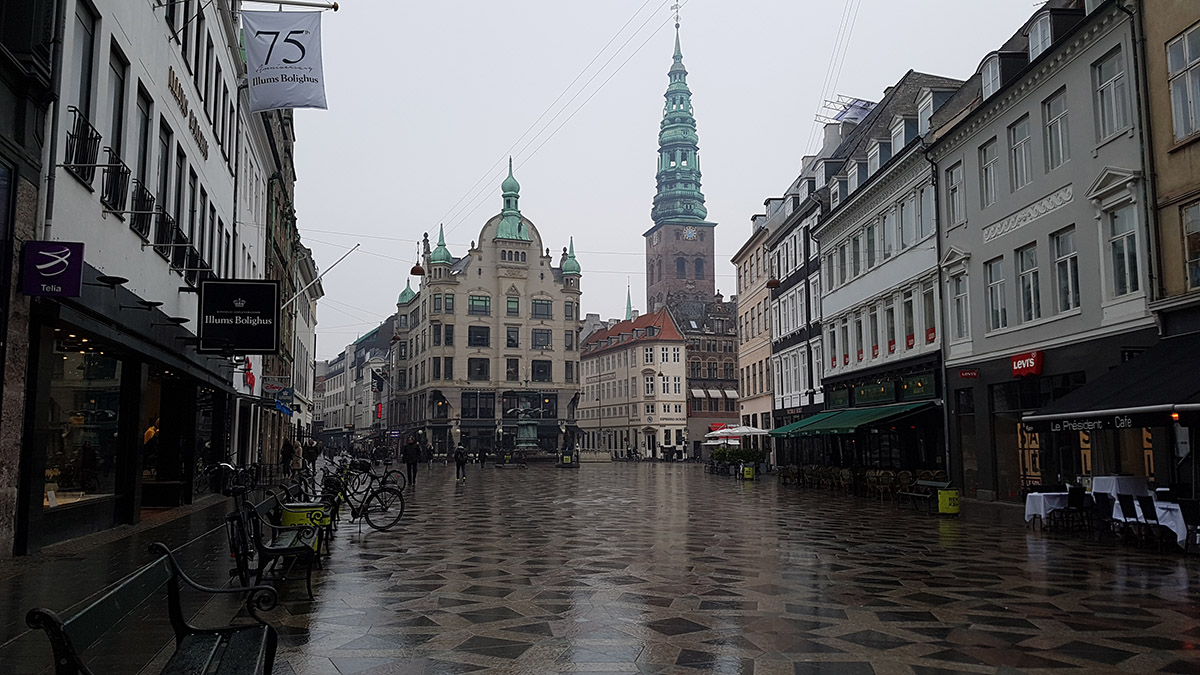 At the end of this street, you will find a cantine with traditionl Danish hotdogs and a colorful wall with graffiti and a huge, green wheel of fortune with sights and attractions to discover in Copenhagen.

Within a 2-minute walking distance from the wall is the famous Nyhavn, the canal with the beautiful old houses, pubs and restaurants. Despite it being a popular touristic attraction, it is a must-visit place that will leave you in awe. The canal is filled with locals enjoying a beer by the water – especially during summer.

We left Nyhavn behind and walked towards Christianhavn where Noma is located, as well as, Freetown Christiania. Christiania is a self-proclaimed autonomous neighbourhood founded in 1971 by hippies, actors and a group of people who set their own rules and laws, independent of the Danish government. 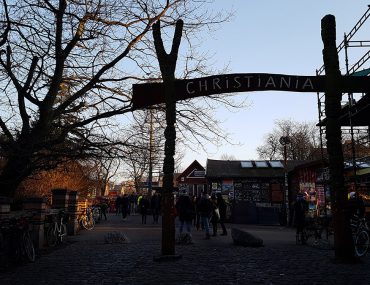 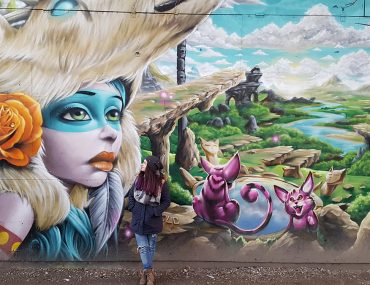 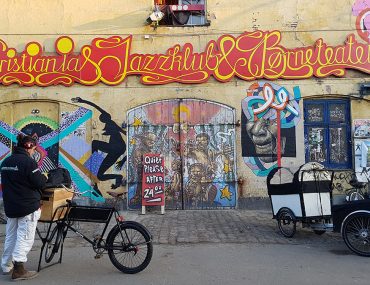 In 2004 police raided the area in an attempt to end the open drug selling in Christiania. Despite the conflicts, Christiania remains part of Copenhagen’s cultural identity. (Remember that visitors are advised not to film nor photograph in Christiania – if you’re daring enough to do so just make sure no one’s watching!)

While in the area, visit the Street Food Market Papirøen – just keep in mind that the market, as all the restaurants in Copenhagen, closes at 9pm. To enjoy a beer after dinner, visit the pub Warpigs. 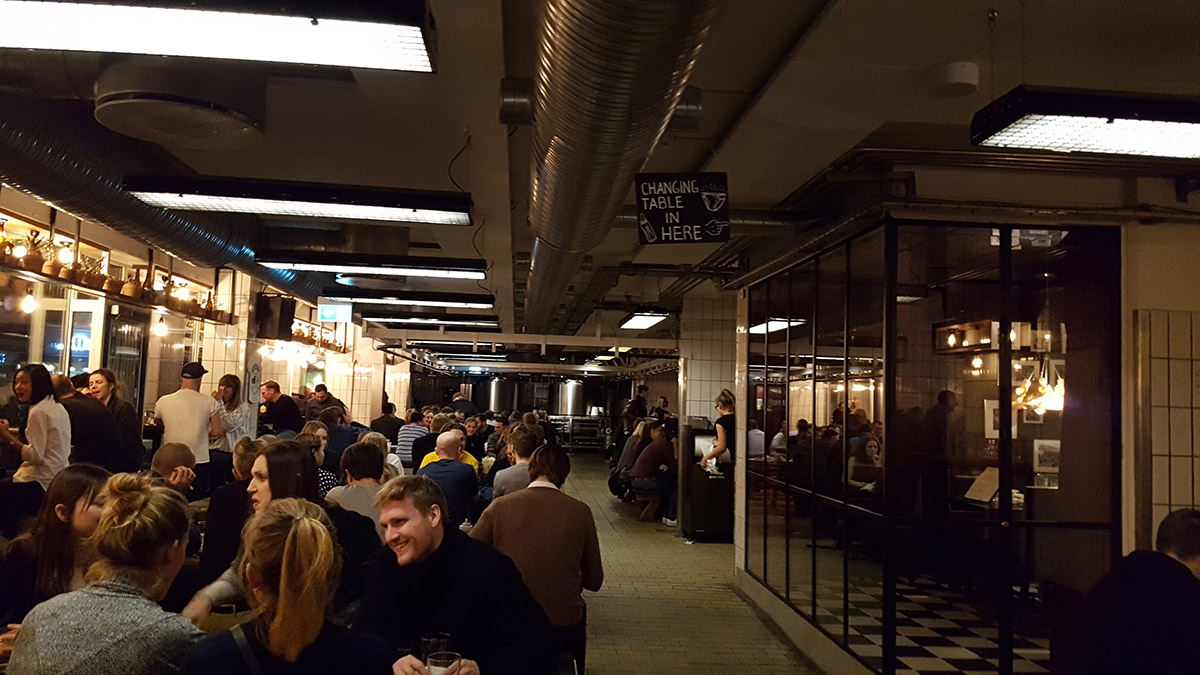 On our second day in Copenhagen, we rode our bicycles to visit one of the most famous touristic attractions in Copenhagen: the Little Mermaid. I’d say the statue itself is a bit overrated, since it looked smaller than I expected. Anyhow, the ride there was incredible – especially our visit to the Kastellet, the old Citadel that serves as a public park nowadays. 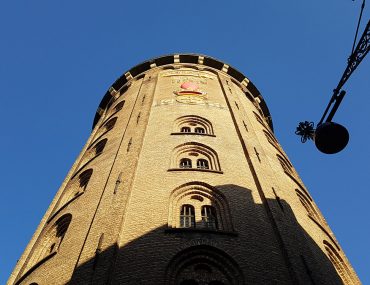 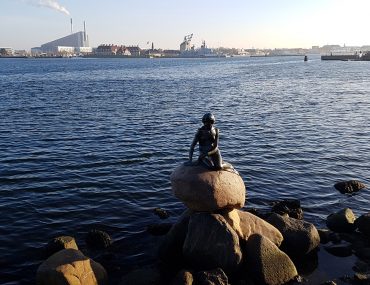 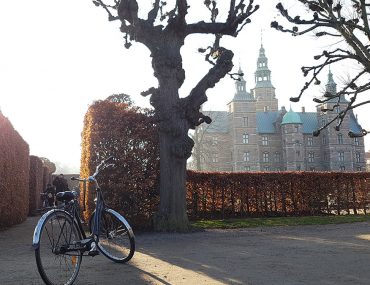 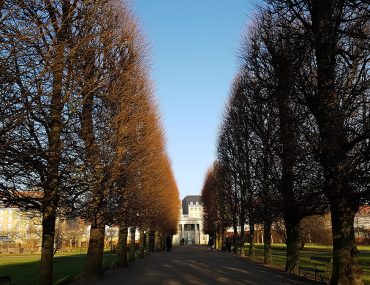 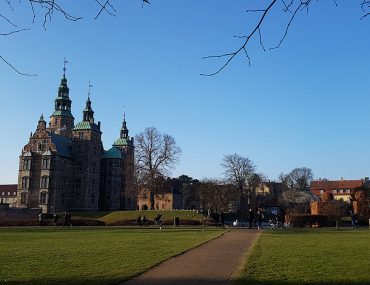 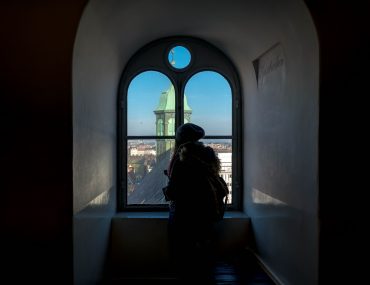 Next, we visited the Round Tower and enjoyed the view from the top while taking the opportunity to grab a cup of coffee at Resso cafe. After that, we found ourselves at the Rennaissance castle of Rosenborg, soaking up the sun and taking photos in the incredible landscape.

The rest of the day was all about food; Copenhagen is known for having some of the best restaurants in the world and we took full advantage of it.

On day three, we scheduled a day trip to Malme in Sweden while on day four, I wandered around town, exploring the cafes and looking for the best street art on the city’s walls. A visit at the Museum of Modern Art and shopping at Stroget street wrapped up my day.

Where to eat and drink

At BROD for breakfast (address here) and for great coffee at Resso, next to the Roundtower (address) and at Central Hotel & Cafe (address)  – the smallest hotel in the world!

At Warpigs for beer and  Hija de Sanchez for the best tacos in town. If your eating habits are lighter, have a rissotto at GROD. 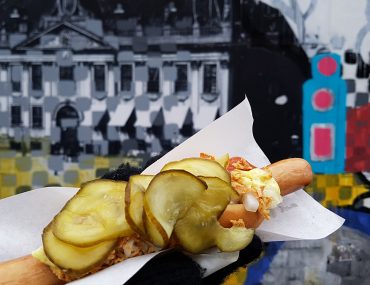 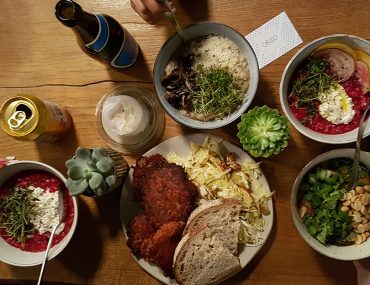 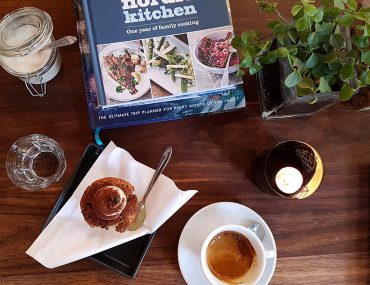 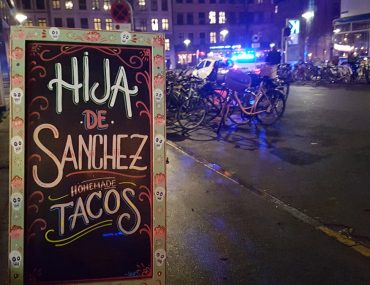 At Vesterbro, a small artistic neighbourhood by the subway and the Tivoli park. The Urban House Hostel is a great option for a hotel. 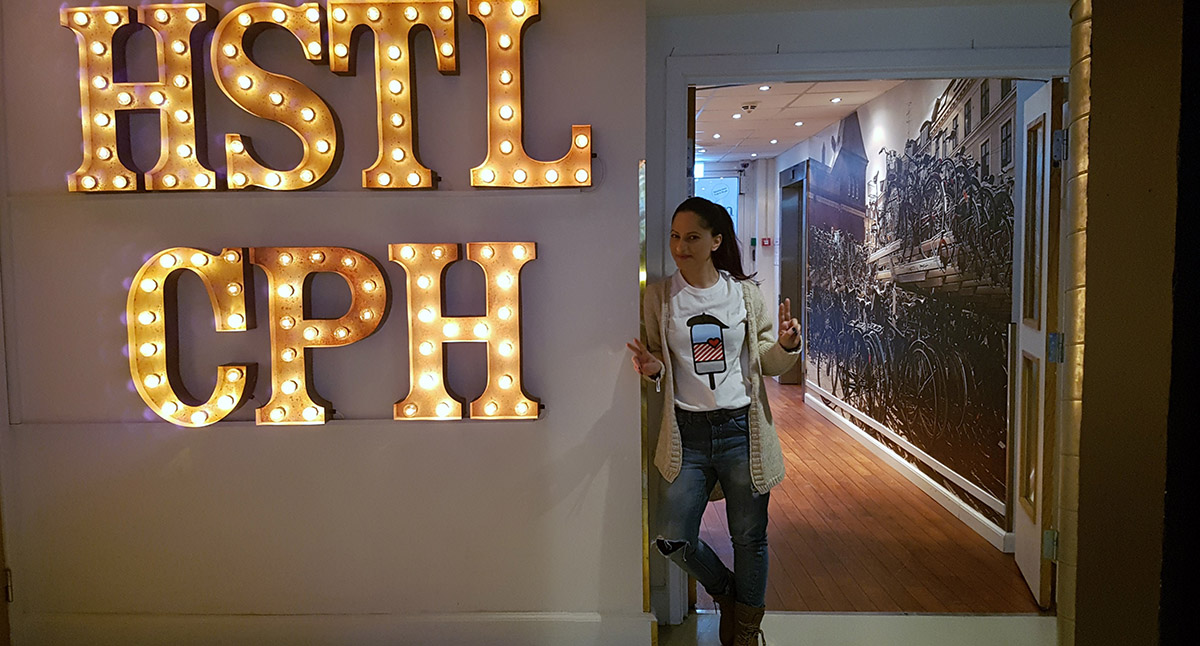 By bike or the metro at night when it gets colder. There’s also Uber Bike to take you and your bike home – no kidding!

From the airport to Copenhagen:

By metro: the tickets fee is 36 krones and you will be in the city centre in about 15 minutes (Kongens Nytorv)

By train: take the train if your hotel is near the railway station. You will be at Copenhagen Central Station in about 20 minutes. The ticket fee is 36 krones (about 5 euros)

Should you not have any coins or credit card, try the counters to get your ticket. The majority of the automated ticket dispenser require the use of a credit card! 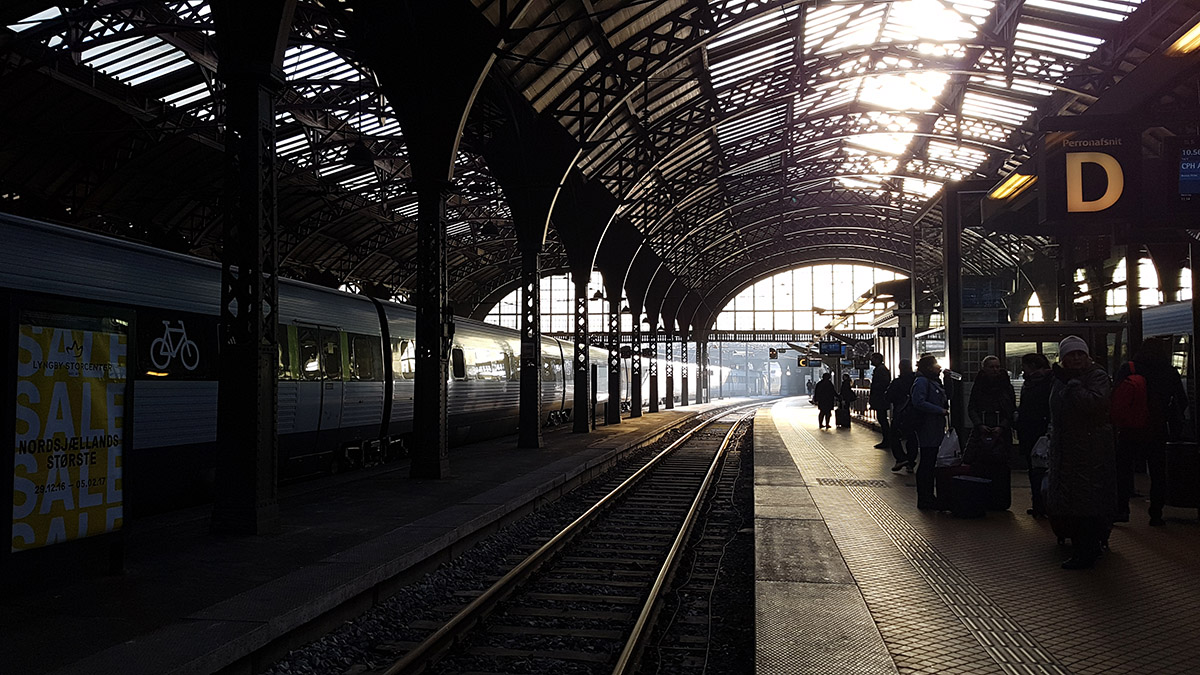 Copenhagen is an expensive city. For your morning coffee and croissant you will pay a total of 10 euros.

Credit card use is the preferable mean of payment in the city. Apart from the ticket machines, it usually the accepted way of payment in many cafes and restaurants.

The Danish don’t leave to wotk. Most restaurants close at 9pm, so in order to get dinner, you should be there at around 7.

Beware of the bikes and bicycle paths. When getting of a taxi for instance, between the pavement and the road, there is a bike lane – check the road carefully for any bikers.

Check also my video from this trip: 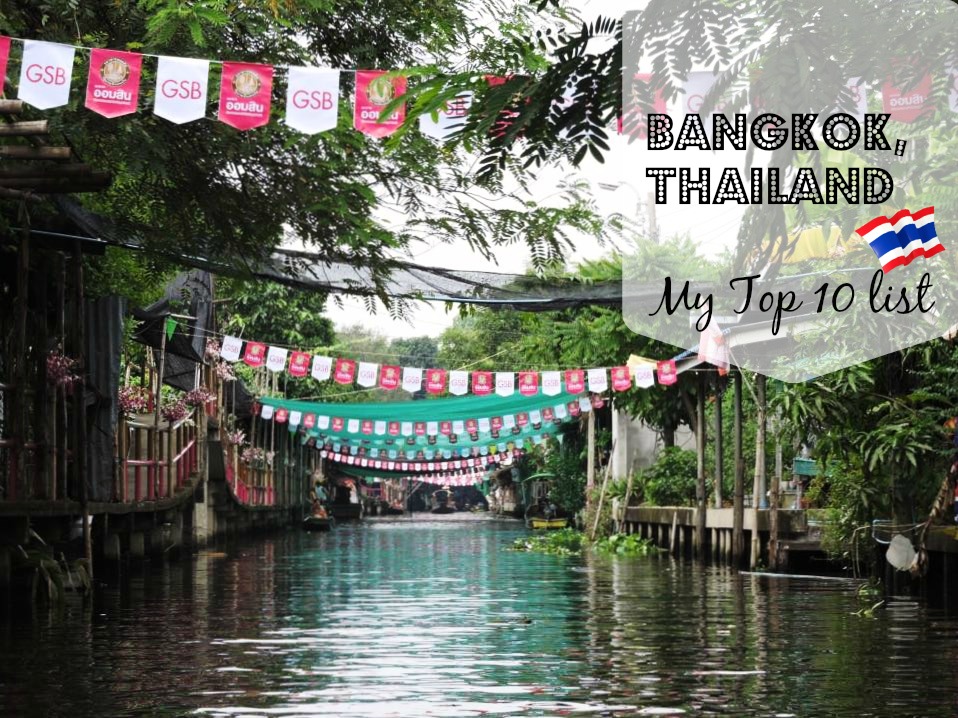