The gorge of Samaria was on my bucket list for years as it was a must-visit destination for me. Since I had never been to Crete until 2015 and the fact that I thought that one should be in great shape to walk through the gorge, I only came to visit it six months before my 30th birthday. It was only then when I decided to put on my running shoes and stand at Xyloskalo where the path starts, ready to do it.

But how can someone  like me, without previous exercising history could cross a 14km gorge and feel great? The reality is, they can’t and they shouldn’t risk doing it alone at least. That is why I chose to take this trip with company even though I love traveling solo.

I traveled to Chania with my mother who is a member of a hiking club and a hiker herself. They did not only walk through the gorge but also climbed to 1500 meters and called it a day – what a team!

So I was on the ferry to Chania on a Friday night with a team of the friendliest hikers ever. Right there, they announced that we would climb up the Lefka Ori (White Mountains) or Madares and stay on a refuge there until Sunday morning when we would start climbing down to cross the gorge. It was extremely hard but well-worth it!

We started the day with a warm ‘bougatsa’ with mizithra cheese and sugar to power up for the first 5-hour long walk of the day. The bus left us at the village of Zourva located in Platanias municipality in an altitude of 570 meters. This was our starting point on our way up towards the Tromarisa gorge – a 2.5 hours hike up and down to the village again.

After lunch, a one and a half hour hike was ahead of us to reach the refuge. I was completely off and with my powers leaving me, I took a ride to the top – shame on me, yes!

The Kallergi Refuge was for me a first touch with the world of the alpinists and climbers in general. Being at the top of the mountain on such a high altitude, without phone reception and with the wind blowing around makes you feel in awe with the power of nature.  Such a magnificent scenery!

The night is short since the lights go out at 11pm. After that you have two choices: you either go out to admire the night sky or go to bed early with a flash light in your hand. As you’d expect, I went with choice number two since we would have an early start the next day, heading o the gorge at 6am.

The Samaria Gorge is 18km long and the longest one in Europe. The gorge starts at an altitude of 1227 meters at Xyloskalo in the plateau of  Omalos and comes to an end at the village of Agia Roumeli in southern Crete. After an hour and a half climbing down to the gorge we were ready to walk through it! 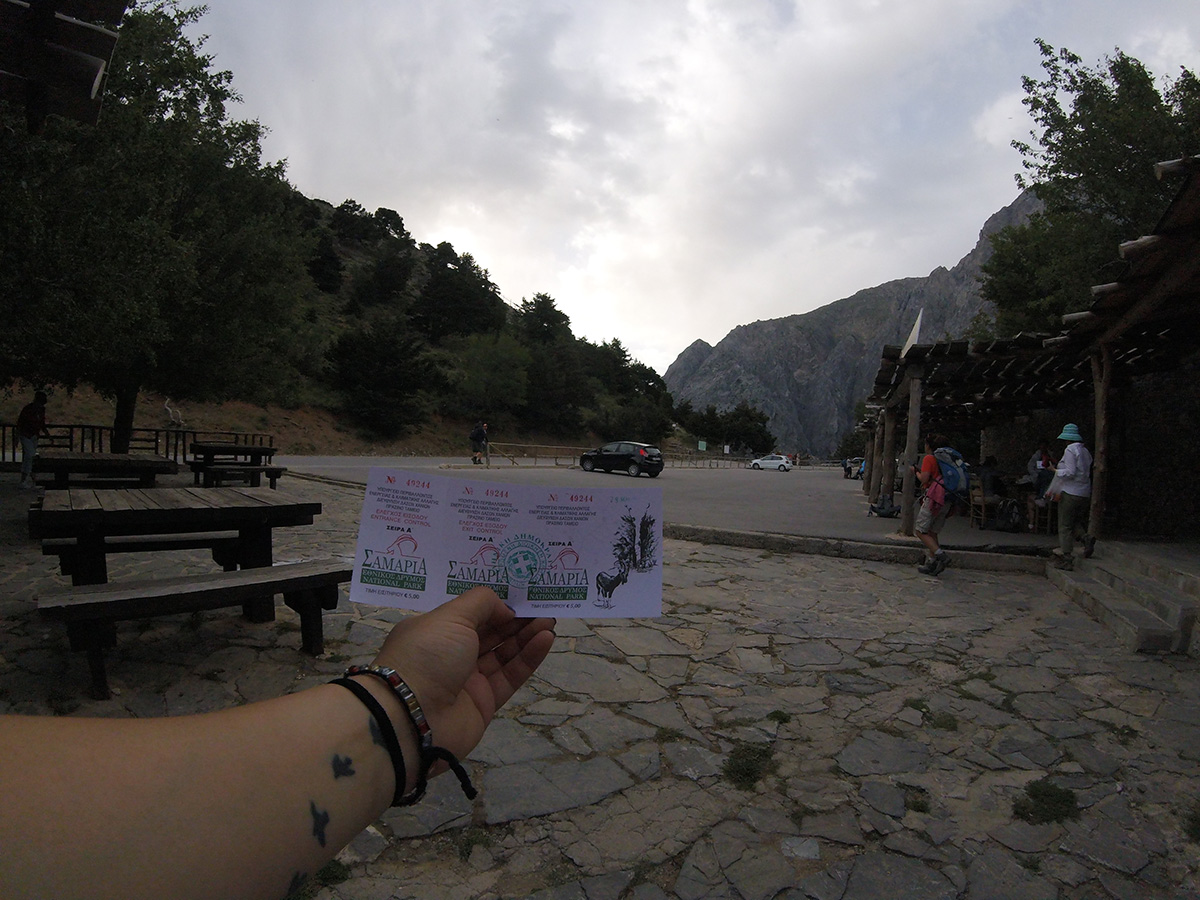 I wore my vest, set my Go Pro, grabbed my batons and followed my mother to this 14km route along the gorge.

The first four kilometers of the path are going downwards with steps – quite a difficult route but there is always the opportunity for a break to refuel and admire the view.

After that, despite being a little tired I can’t help but enjoy the sound of the river and the mesmerizing view of the flora at that point of the route. At Agios Nikolaos, my camera is really on fire taking shots of everything!

I was feeling the first ‘pinches’ on my knees but I was determined and wouldn’t give up easily. After seven kilometers we reached the Samaria settlement (which has not given the gorge its name).

Do I look tired? Nahhh

The village of Samaria was evacuated in 1962 when the gorge was declared National Park. The old houses are still used by the National Park’s guards and a stop there to catch a breath, eat and have a chat is a must!

A few meters away, you’ll find the church of Ossia Maria on your left. Thevillage and the gorge both took their names from the ancient church.

The next three kilometers were simply amazing! The out of this world beauty of the nature, made me feel like crying – the mountain was on both sides of the gorge and I felt so small while walking among them. The astonishing beauty and the majestic power of nature intensified my feelings of success – I did it!

I was finally at the narrowest and most impressive part of the gorge – Sideroportes. The gorge is just 3 meters wide in that part and I felt so great being there. Tired but oh-so-happy!

I kept walking until I saw the ticket office and I finally realized I made it! I walked though the gorge of Samaria in 5 hours and 45 minutes – even without any practice or exercise. I did it! I was so proud of myself!

"I felt my lungs inflate with the onrush of scenery—air, mountains, trees, people. I thought, 'This is what it is to be happy.'" #MyGreekBucketList

After leaving the gorge there are three kilometers to reach Agia Roumeli – you can either walk there and take a dive into the sea or take the bus there. You can imagine what I preferred to do!

If you haven’t been to the gorge, you should definitely visit it – it’s 100% T-stories Approved! 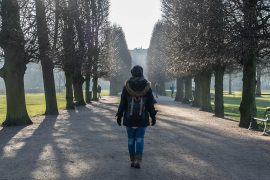 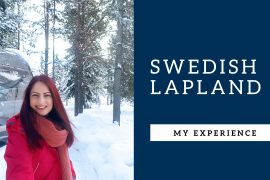 SkyNest: My experience in Northern Sweden